I have spent the last few days immersing myself in the folklore and magic of Brittany. My main intention was to visit some sites renowned for their Fairy lore and others for their Arthurian connections. Both are topics I am currently writing about for various projects and I often find that visiting a place connected with my work can spur my imagination and get my creative juices flowing, and it has certainly been the case with this visit, but not always in the way that I have imagined. 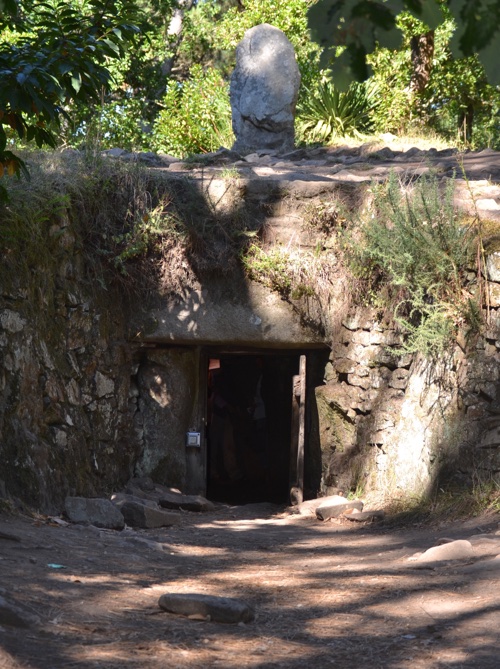 Today I took the time to visit the Tumulus of Kercado. A tumulus is a burial or ceremonial mound normally of the megalithic or Neolithic period which has maintained its earth work, where as a Dolmen is normally the menhirs (standing stones) and table-stone covering it without the earthwork which would have originally covered it. The Tumulus of Kercado according to the leaflet I procured at the gate is dated to around 4500BCE and is considered to be one of the most complete of its kind, and although it isn’t as big or impressive as the Tumulus of St Michel which I visited yesterday, it actually had a stronger atmosphere, possibly this could be attributed to not having a ruddy great Christian Chapel built on the top of it.

Carved upon the roof of the table-stone, inside the chamber is a “double headed axe” a symbol quite common both in the Megalithic monuments of Brittany and else where in the world. Some scholars have argued quite persuasively that these Axe engravings were a method of stellar and solar time keeping which automatically got me thinking of Hekate. Firstly her connection to the stars through her mother Asteria. But more importantly her potential connection with the Snake Priestess. In Minoan myth, Priestesses were said to carry into ritual the Labrys, another form of double headed Axe. 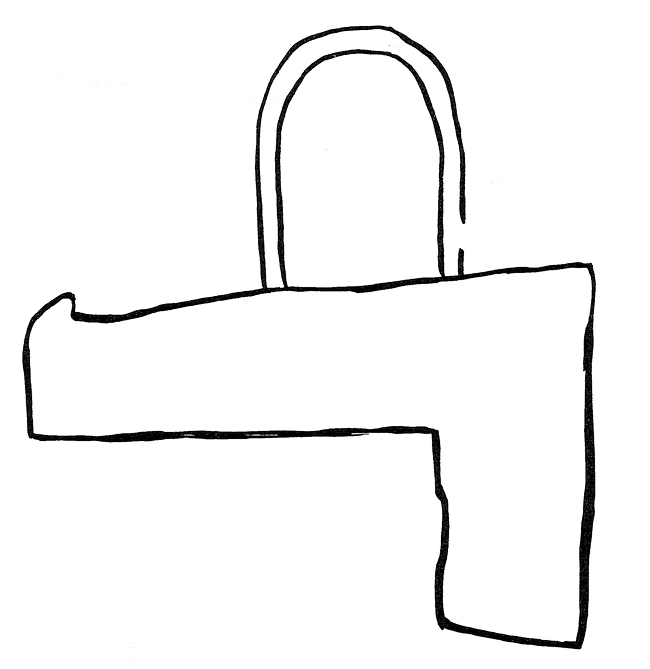 Whilst there is no proof that the Minoan Snake Goddesses statues dating from 1600BCE and found on Knossos during excavations in the early 20th Century, were either images of Priestesses of Hekate, or even Hekate herself, there is a lot of circumstantial evidence that leads many (myself included) to believe there is a connection of some form. One of our most famous descriptions of Hekate comes from Apollonius of Rhodes who claimed that when Jason called upon Hekate Brimo she arrived “garlanded by fearsome snakes that coiled themselves round twigs of oak; the twinkle of a thousand torches lit the scene; and hounds of the underworld barked shrilly all around her”. And her connection with snakes continues for some of the infamous lead/curse tablets found around ancient temples call upon Hekate who is depicted upon the lead strip with snakes. And Medea who depending upon the myth being told was either a Priestess of Hekate or possibly even a Granddaughter had the ability to charm the snakes, and called them forth to aid her in her creation of poisons and also as offerings to the Goddess herself.

But what is very curious about the quote by Apollonius is that he claims that Jason has to wait until for the “bright constellation of the Bear to decline, and then, when all the air from heaven to earth was still” before he could perform his rite to Hekate. Which leads me back to where I started, the Double Axe in Kercado is believed by some to be a form of Astrolabe, circling around Polaris just as the great Bear constellation does. This carvings dimensions allow for calculation of the Equinoxes, the Solstices, as well as moonrise and sunrise. How clever is that, now I wonder is this why the Minoan Priestesses were carrying Labrys’ too? Would it be amazing if we could prove that?!