I laid in bed this morning sometime after dawn, the birds were singing, the dog was quietly snoring and for the second year in a row I realised that I hadn’t crawled out of bed at some ungodly hour to greet the sun. Not that it’s really that sunny here at the moment, the weather quite predictably for mid June is warm, muggy, plenty of thunderstorms and overnight rain, but often quite overcast.

I’ve been contemplating my apparent ritual apathy for a while, last year I wrote at length as to how you can use Solstice to connect to the Fae and it struck me this morning that I had shared a very personal solitary rite, not a group affair, and I realised how it was indicative of my current personal mindset. It’s really easy to blame Covid and three lockdowns, but the reality is though that the wheel has fallen off my year, I think I’ve been missing a wheel on my wagon for sometime now and surprisingly I feel ok with that. I don’t think it’s heresy to not celebrate the wheel of the year (all or part) and I do think you can still call yourself Pagan (if that is what floats your boat) if you don’t adhere to an agrarian based ritual construct.

Ritual is really important, it is what gives us meaning and comfort and the ability to cope when life throws us a curve-ball. Patterns and certainties sustain us, as humans we look for them all the time to explain how we think, how we feel, what we believe. Group ritual based upon those patterns, something that I normally deeply crave, is a way for community to draw together to celebrate life’s cycles, births, deaths and marriages, successes and failures. It bonds us in shared experience, shared tears, shared laughter. In short, ritual IS magic. That is the biggest mystery of all and unless you experience it, you will never know it.

So how do I reconcile this? I work within two traditions that have a heavy ritual focus that hangs quite literally upon the wheel of the year, Druidry and Initiatory Wicca. 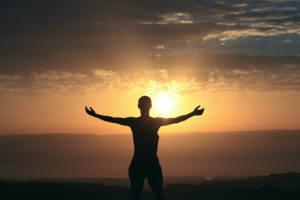 Its OK to use another pattern!
Image by Avi Chomotovski from Pixabay

Until now I haven’t. I’ve skipped sleep or dragged myself out of my bed to drive to a cold dark field to “do ritual” more often than not for other people. I’ve opened my home time and time again, cooking and cleaning, preparing space for people to celebrate, and clearing up after, because “community right?”. I’ve waxed lyrical for years saying this is what it means to be “priesthood” and I still believe that to be true, don’t call yourself a priest or priestess unless you are willing to serve. If you want to do it like the ancestors then you need to accept that the Shaman was as hobbled as the Blacksmith, tied to a community they had no choice but to serve.

So how am I ok with not celebrating the wheel if I believe this? Because at the end of the day the Wheel is just a pattern, one that most people can get behind, they can see the changing season, they can experience the biting cold of the longest night, the may blossom scented joy of that first warm night outdoors with a bonfire, the sensation of the wild hunt chasing at their heels as the nights draw in and the leaves scurry around their ankles. They make sense, until they don’t. Because the wheel of the year isn’t the only pattern and if you or your community find a pattern that works better for you then you would be foolish not to use it. Don’t tie yourself to a man made construct just because.

My own practise for now seems to be moving closer and closer to a pattern that loosely follows the lesser Sabbats and for some time the irony of Solar and very masculine worship somehow taking the forefront in Pagan practise hasn’t escaped me. Everything in its balance though and there is the ‘gotcha’ I’ve still lit a candle, I’ve still chosen a solar incense for my altar this morning. I have still acknowledged the pattern and both given and drawn energy from it. Maybe because I’m not quite ready to go full on heretic and divorce myself completely from what is now quite a powerful egregore. Or am I? Maybe now is the time? Do I have a better pattern? Do you?

Did you take your Yule/Christmas decorations down yesterday? If you didn’t then best leave them up until Candlemas day (2nd February) or Imbolc if you prefer its other name. Why? well tradition has it that if you don’t take your decorations down before the 5th/6th then it’s bad luck. The only way to mitigate it is to then leave them until the next cross quarter. Of course the superstition isn’t really that old, but its been around long enough that there is some energy in the myth so I tend to stick with it.

It sort of makes sense as well, if you look at the meaning behind each of these dates. Epiphany or 12th night was supposed to be the night when the Magi made it to Bethlehem to visit the Baby Jesus in the Manger. After this point of course the whole Nativity is done isn’t it? Actually no it wasn’t. Historically the festival continued all the way through to Candlemas, which was the feast that celebrated the purification of the Virgin Mary and also the baptism of Jesus (in the olden days women had to sequester themselves until they had stopped post-partum bleeding as it was considered unclean).

12th night is also the night to Wassail the Orchards an entirely much older and far more Pagan an affair; but one in certain parts of the British Isles that is still celebrated today. Region to Region there are variations on a theme; some go and sing to the trees and have them blessed so that there may be a good harvest in the coming year; others soak bits of toast in apple juice and bury them at the roots, or hang them from the branches of the tree. In some counties the act of wassailing also involves mumming and a large bowl, called a wassail bowl which was passed around by the revellers.

The Mumming plays tend to be rather formulaic and are (at least in my area) very similar to the Soul Caking plays seen in October. There is St. George, A Quack doctor, Beezlebub or a Devil and sometimes also a “Kaiser” who is the typical baddie. Think Doctor Robotnik in Sonic or Dick Dastardly from the Wacky Races for those of us who are a little bit older. Oft times there is also a Hobby horse, although the Soul Cakers in my area combine the Hoss with “Old Nick” the Devil. It’s all very confusing, all very hilarious and all has the same outcome.

The Hero (St George) fights evil and Darkness (The Kaiser), the quack Doc turns up and after a whole number of fumbled attempts revives our erstwhile hero, who leaps up to much joy and cheering from the crowd and defeats the Kaiser, but evil is not to be outdone and Old Nick/Beezlebub turns up and also has a go but eventually is defeated normally with audience participation. It’s the age old tale of light overcoming darkness, which if you consider how blimmin cold and dark it’s been in the last week it’s easy to see that it would have been a welcome relief to those wondering if they had enough fuel and stocks to make it last until the weather started to warm up.

Huzza, Huzza, in our good town

The bread shall be white, and the liquor be brown

So here my old fellow I drink to thee

And the very health of each other tree.

Blossom and fruit both apple and pear.

So that every bough and every twig

May bend with a burden both fair and big

May ye bear us and yield us fruit such a stors

That the bags and chambers and house run o’er.

So it doesn’t take a rocket scientist to think about where we are at the moment and the health of ourselves and the world around us right now to realise it’s a battle we are still fighting. Even the reasons for fighting it aren’t that different either, personal sovereignty, survival and community. Folk-lore even the very heavily christianised can give us so much insight which can enhance our practise.

There is some debate as to whether 12th night is the 5th or the 6th of January, and that’s not even taking into account the idea of “Old Epiphany” which in some places is still adhered to (using the Old Julian Calendar) in other winter traditions such as Hen Galen which doesn’t happen until the 13th of January. Therefore a small ritual to bless your home, your land, even the plants that grow on your windowsill or garden. A ritual that hopes for a victory against the dark however we perceive it, a ritual to bring health and blessings is probably just what the doctor order (Quack or not).

Just a slice of toast soaked in Juice or mead placed at the corners of your household boundaries and a shared libation and blessing on the land, it doesn’t have to be complicated.

So here my good fellows, I drink to thee

To the very health of each other, and harmony be

The blossoms and fruit of our future so fair!

-adapted from an Old Wassailing chant.